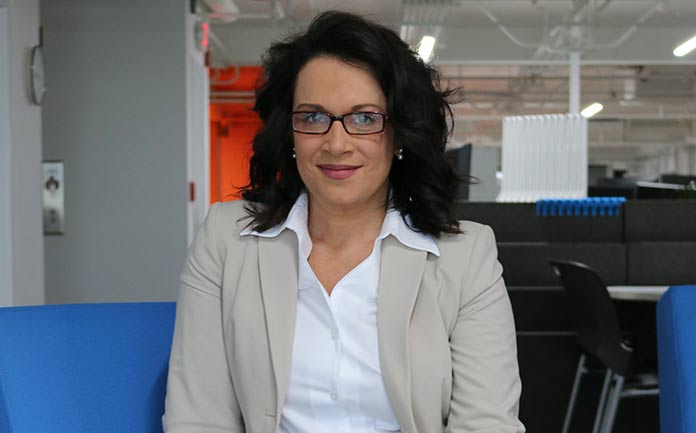 Flint native and defense attorney Heather Burnash has been moving fast and furious since her recent announcement in February, 2020 that she is officially running for 67th District court Judge in the 5th division within the city of Flint. For almost 13 years Heather has been a defense attorney and also is a fourth generation Flint resident. Her great grandparents built the first two houses on Bennett Avenue, her Grandma was one of the first graduating classes at Flint Central High School and both she and her Dad graduated from Kearsley. She bought her current house, which is located in downtown Flint, 25 years ago on the demo list and has been there ever since. Burnash has spent years and years renovating her beautiful home explaining it involved many trips to Home Depot and is now a single Mom raising her own two girls in Flint.

Since the announcement of her campaign, Heather says “it’s been a whirlwind”. Heather says running for 67th District Court Judge is so very important to her because as she explains, “It is important to have a judge that understands what the people of Flint are going through. I‘m going through the same things.” Heather’s water tested high for lead, her pipes still haven’t been replaced. She has to worry about the vacant house next to her own house and as a single Mom she also has to worry about high insurance and water rates, which by the way are the highest rates in the country. These are all things residents in the city of Flint are dealing and living with on a daily basis. Burnash explains, if you are living outside the city in a suburb that doesn’t have these obstacles, it’s hard to understand, empathize or even sympathize with a community that has faced such adversity these past 4-5 years. Heather is in the trenches everyday with foundations, the homeless community and countless other organizations working around the clock volunteering time, dollars and bringing massive awareness to serving the underserved.

Heather Burnash explains being in the Flint trenches and being a single Mom is important especially for District Court Judge because the cases being handled in District Court are a lot of civil infractions and misdemeanors such as no proof of insurance, expired plates, no drivers license, traffic type offenses and Domestic Violence cases with the high majority involving women victims. Burnash says “a lot of people if you don’t have insurance, it’s not because you don’t care and are intentially trying to break the law. You literally cannot afford it.” So, if law enforcement is writing you a ticket, how is that going to help you to now have to pay a ticket on top of having to pay top dollars for car insurance. Heather and her network of influencers and difference makers work around the clock to identify issues, however more importantly Burnash is about solutions. “Not only did my water test high for lead, my kids blood tested high for lead and here in Genesee County our special education population is 50% higher than the rest of nation right now and that is not a coincidence. It’s because we have a generation of kids that have been poisoned.” The big passion on her objective list is a possible specialty Lead Court which will concentrate on current and long term treatment to high lead exposure because as we all know the residual effects could last decades. Heather explains we have a school infrastructure that was built for a population of 250,000 people and we have less than 100,000 people with our population dropping in half and yet we have all these buildings and all this acreage and square footage in the city, but it’s just vacant. The houses are vacant, the tax dollars aren’t coming in. Burnash explains Charter Schools didn’t really help because the tax dollars shifted from the public schools to the charter schools and unfortunately, it’s the low-income population that ends up paying the price. “Government is going to spend money one way or another, whether we spend it upfront at the beginning of a person’s life investing in education, head start or making sure these children have health care and are fed and getting a decent education. Heather Burnash says if we don’t invest in the UPFRONT, well then the we are going to invest in prisons.” In the end it’s going to be one or the other. We see this move to being tough on crime and moving to privatized prisons and Burnash finds it personally offensive to privatizing prison resulting in anyone making a profit in locking up another human being.  Genesee County already has an overpopulation in their county jail and Burnash says how important it is running for Judge because she currently sits on the Advisory Board for Specialty Courts and if you look at the statistics for anyone entering Drug Court, Veterans Court, Mental Health Court, Baby Court, Sobriety Court any of them are half as likely to reoffend and half as likely to be a repeat customer returning to the courts with a new case. She explains the specialty courts are the way to go because they are ones receiving the hands-on intensive counseling and intensive treatment identifying what the core root and issue is for the behavior. Once the assessment is done, it could be an unidentified mental health issue the individual was unaware of and now the root cause can be treated with the right psychiatric medication and counseling because as Burnash says locking someone up does not cure addiction. Heather Burnash has been a defense attorney long enough to recognize that as soon as they get out if they don’t have the tools and right resources to live a healthy lifestyle and make the right choices and understand their triggers and have the right support system, they are going to go back to the same life style and get another case and end up back in jail. Before they know it they are a criminal which is the last situation they ever they thought they would be in.

Keep an eye out for Heather Burnash all over the city. Though she Is small she is mighty, and she works for and serves on many Boards of Directors for multiple organizations and Foundations. Hope for Flint advocates to utilize your right to vote especially in 2020 being a Presidential Election Year. The primary election for the position Heather Burnash is running for Is the first Tuesday in August and the general election will be the first Tuesday in November.

We wish all candidates the best of luck and here’s to better days and HOPE FOR FLINT. 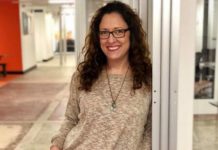 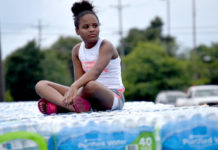