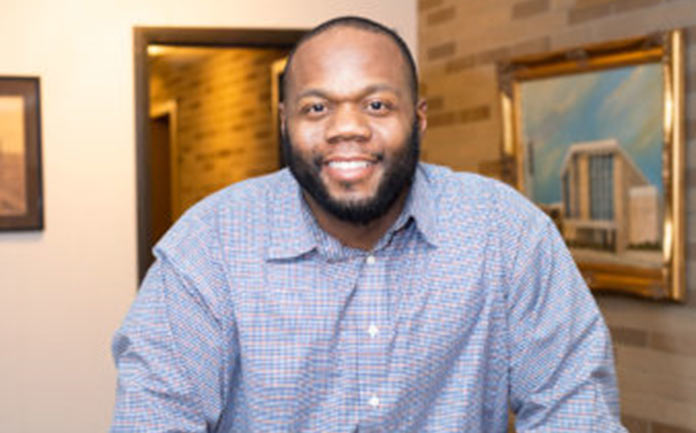 Flint resident Leon El-Alamin wakes up every day, ready to give others the helping hand he wishes he had been given.

As the founder and Executive Director of “M.A.D.E. Institute” since its founding in January, 2015, El-Alamin wants to ease the transition back into society for people recently released from prison or jail, as well as at-risk youth and military veterans.

Whether they are seeking housing, job training, mentoring or skill-training, he leads a team to give these people answers — and help. “Our vision is to create a community where returning citizens and at-risk youth have equal access to employment, education, plus full participation in the economic, political and cultural life of our community,” El-Alamin says.

“M.A.D.E.” stands for Money – Attitude – Direction – Education, he says. Formerly-incarcerated people need these things to help them get back on their feet. And El-Alamin knows what he is talking about — he’s a convicted felon who believes in this cause because of his conviction. He calls himself a “living example” in the effort to provide support after people are released from prison.

He estimates between 500 and 700 people return to their communities each year, following prison or jail terms, plus after military service. His group helps as many of these as possible to get access to help available throughout the area, coordinating with existing help agencies.

He mentions one parolee who had been incarcerated many years. “When he came out from prison, he was used to living in the 1980s, but it was now,” El-Alamin says. “Life was all new and different for him. We helped acclimate him to living today.”

Recently-released people start with almost nothing and need basic help such as housing, clothing, food and some funds to get started. Finding a job can be difficult if the parolee is a felon, so mentoring and job training are vital, El-Alamin says. For men, past child support payments come due, too. “The other parent wants them to step up, and that’s hard when you haven’t even gotten yourself together yet,” he says.

“There are people who really want to help these people. M.A.D.E. Institute connects them with social service agencies, government programs and friendly employers who are willing to give people a second chance. They have served their time; now they want to live a normal life again,” he says.

FIRST, he’s like the City of Flint or the Genesee County Land Bank to donate perhaps a dozen vacant properties in the city to be rehabilitated. This would provide work and training for his clients, who could learn from professionals. “We can train guys in apprenticeships, to rehabilitate them plus make many Flint neighborhoods better,” El-Alamin says.

“Besides just job training, they could earn while they learn and revitalize neighborhoods.” Some early funding would be needed to get this program off the ground, he adds. These rehabilitated houses could provide transitional housing for clients, too.

SECONDLY, M.A.D.E. Institute needs continuous sustained support. “Funding is always short,” El-Alamin says. We’d like our programs sustained and supported for at least a year at a time. Then we could increase our staff and reach even more people.

“The need is growing. We definitely need more help to do this important work.”

“If we are serious about moving forward in Flint, we have to address the at-risk population. School curriculums need to include more skilled trades,” he says. “We have to diversify our economy and not rely entirely on the auto industry. If we think ahead and adjust public policy, we can give ourselves and our youth a chance,” El-Alamin says.

In time, customized vocational on-the-job training could give each client new skills to help them make their corner of the world a better place.

“I feel this is my calling,” El-Alamin says. “In my former life, I took from my community. Today, I’m trying my best to change the cycle. This is my way of giving back.”

He can be reached by phone at 810- 835-8304 or by email at LeonElAlamin8@gmail.com to answer questions or volunteer to help. 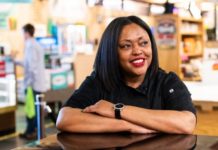 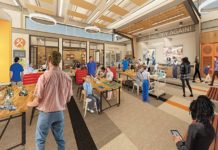 Sloan Museum of Discovery opens in 2021; Longway Planetarium keeps its eye on the sky 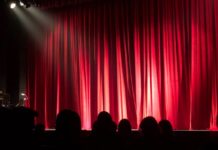 Sloan Museum of Discovery opens in 2021; Longway Planetarium keeps its...

Entertainment is always ‘On Stage’ at The Whiting and the...