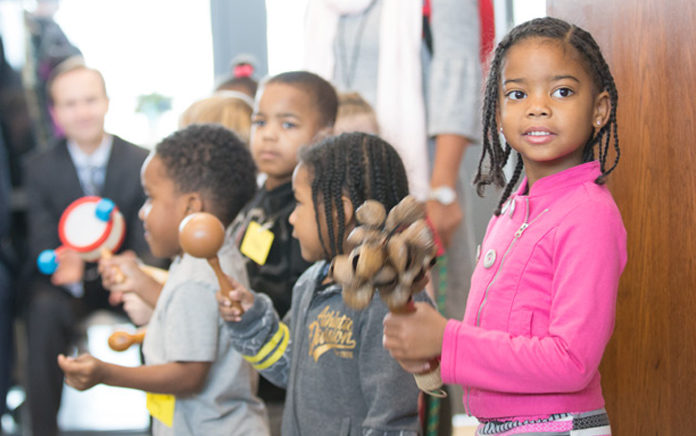 On the outside, Flint may seem quieter now. Gone are the countless news outlets that poured in to capture the anguish and outrage of a city poisoned by its own tap water. Gone are the daily convoys carrying truckloads of bottled water and other donated supplies. But in their place, some progress has taken root. And there are reasons to hope that Flint, which has weathered its share of hardships, will emerge from this crisis with a brighter future.

“Before the water crisis, Flint had many barriers—for example, the high unemployment. When you put a water crisis on top of that, the stress has been one more layer of worry for families across Flint,” said Kara Ross, president and CEO of the Food Bank for Eastern Michigan. “When you start to look forward and see what types of things can come, whether it be from a grant from a foundation, or from real workforce development or economic development pushes, then we can start to see that hope play out.”

With a flow of philanthropic funding, Flint-area nonprofits are helping residents rewrite their collective story, word by word. These days, Flint is anything but still.

It has been more than five years since a state-appointed emergency manager made the cost-cutting move to switch Flint’s water source. This resulted in the dangerous, population-wide exposure to lead in the city’s water supply caused by the failure to properly treat the new source water. But throughout the ensuing fallout and ongoing public health concerns, such as effects on children’s learning and development, Flint has managed to take steps forward. Thanks are due to collaborative funding efforts spearheaded by the Charles Stewart Mott Foundation, a Flint-based philanthropic organization established in 1926 by businessman Charles Stewart Mott, an automotive pioneer and the longest-serving member of General Motors’ Board of Directors.

“Today our foundations are stepping in to help,” said Ridgway White, who’d been appointed president of the Mott Foundation little more than a year earlier. “We envision a vibrant Flint with a robust economy, dynamic culture, and healthy, thriving residents, and we’re committed to achieving these goals.”

“The residents of Flint have endured an unimaginable crisis with grace, perseverance and resolve,” said Rip Rapson, president and CEO of The Kresge Foundation, regarding the joint announcement. “Philanthropy has a responsibility to assist community organizations and the people of Flint and elevate the national discussion on issues including aging infrastructure, civic engagement and capacity, social justice and public health.”

A host of other organizations and individuals also have made commitments to bring help—and hope—to the city. Among them: Pritzker Children’s Initiative, a program of the J.B. and M.K. Pritzker Family Foundation; Kids in Need Foundation; PepsiCo Foundation; CVS Health Foundation; and The Rite Aid Foundation.

The water crisis delivered a huge blow to a city already knocked to its knees by the 1999 closure of GM’s Buick City factory, following decades of downsizing and economic decline. The ripple effects left most wondering whether Flint’s glory days were forever behind it.

Keenly aware of the city’s existing challenges, Mott knew that, for Flint to rise again, water crisis recovery efforts had to offer long-term solutions, in addition to immediate aid.

“While the water crisis was still unfolding, Mott staff reviewed research, met with community leaders and people working on the ground, and consulted health and education experts in Flint and around the country to help us prioritize our efforts,” said Kimberly Roberson, director of Mott’s Flint Area Program.

Meeting Needs On Many Levels

One of Mott’s top priorities is to ensure that every resident has access to safe drinking water. To this end, one of the Foundation’s earliest grants to address the water crisis helped reconnect Flint to the Great Lakes Water Authority.

“To this day, I believe it’s the single most important grant we’ve made to address the crisis,” White said, “because it helped prevent further harm to the people of Flint and further damage to the city’s infrastructure. It started the community on the path back to safe drinking water.”

“And while we believe in the value of all the work we’ve supported for the response to the water crisis, we view the increased access to early childhood education, nutritious food, and health care services as particularly crucial,” added Roberson.

In an effort to meet many of those essential needs, community Help Centers were created, born out of grassroots collaborations and tied to widely respected and trusted local churches. Through funding from the Mott Foundation, PepsiCo Foundation, United Way of Genesee County, and the Michigan Department of Health and Human Services, the community Help Centers became one-stop shops for residents to receive wrap-around services, food and water, said Ross of the Food Bank of Eastern Michigan.

Her agency managed the logistics of the project when the first two centers opened in early 2017; a third location was added later.

“The Help Centers grew out of the crisis, and quickly became trusted resources for residents seeking information and support in recovery,” said Ross.

When funding for the project reached its end, the centers turned to volunteers to keep their doors open. Three locations are still open, and approximately 1,000 residents per week are served. Ross, who has been at the food bank for 21 years, said she has never seen collaboration in the true spirit of the word of collaborating, and giving a part of what you have to the whole, as impressive as what she’s seen the last two years.

With $50 million in related grantfunding to 18 organizations, it is clear that the Mott Foundation is focusing a lot of attention on educating Flint’s children. Mott’s goal is to ensure that all Flint children, especially those exposed to lead, have the tools they need to succeed in school, work and life.

Educare Flint is a prime example of this. Mott awarded $11 million in grants

to build the school on the campus of Flint’s Durant-Tuuri-Mott Elementary School, with a goal of providing greater access to early childhood education. The state-of-the-art school serves approximately 200 children, from birth to age 5, annually.

As part of the nationwide Educare Learning Network, the school provides a stimulating early learning environment for children but goes a step further, offering resources for students and families, as well as professional development opportunities for early learning and child care providers in Flint.

The school would not have been possible without extraordinary collaboration among partners in the public, private and charitable sectors. In addition to the Mott Foundation and Community Foundation of Greater Flint, other partners have included Flint Community Schools, Genesee Intermediate School District, University of Michigan–Flint, the state of Michigan, U.S. Department of Health and Human Services, Educare Learning Network, J.B. and M.K. Pritzker Family Foundation, Local Initiatives Support Corporation, PNC Bank, Ralph C. Wilson, Jr. Foundation and W.K. Kellogg Foundation.

At the Dec. 2017 grand opening of Educare Flint, White said, “All of the partners who helped to make Educare Flint a reality are motivated by a single, simple belief that all children deserve an equal chance to succeed. The school will play an important role in efforts underway to improve the quality and variety of educational opportuni­ties available to Flint kids—from cradle to college and career.” [Readers are referred to the link at the end of this article on Mott’s Partnering for Progress for details of the exciting partnerships.]

In addition to its contributions to Educare Flint, and continuing its efforts to help support education in Flint, the Mott Foundation has awarded over $10 million in grants to the Crim Fitness Foundation to lead Flint’s newly reimagined Community Education Initiative. By offering key services and resources for students, parents and other community members in all Flint Community Schools and the International Academy of Flint, the initiative enables schools to once again serve as important neighborhood hubs. Year-round programs include a free Flint Community Sports Program, the YouthQuest afterschool program, community gardens, mindfulness programs, extended learning opportunities and more.

Yet, despite Flint’s progress on many fronts, challenges remain.

“Rebuilding community trust may be the most difficult challenge facing Flint,” said Roberson. “We know that many trusted local organizations are working every day to support residents, listen to their needs, and help them with solutions. We’re helping those organizations to build their capacity, coordinate with one another, and communicate with residents.”

Transparency is vital to recovery efforts. For its part, Mott is providing the public with up-to-date information showing where its recovery grant money is going and how it is being used. An interactive feature on the Foundation’s website provides an up-to-date total of grantmaking related to the water crisis, as well as a breakdown by each of the six funding categories. [Readers are referred to the link at the end of this article on the Flint Water Crisis for details of Mott’s work.]

Collaboration and accountability build trust, and trust fuels hope. “Out of the water crisis, we’ve seen new partnerships develop and new programs and leaders emerge,” Roberson said. “And every day, people and organizations continue to work together to help the community chart its own future. This isn’t where Flint’s story ends—it’s where the next chapter begins.” 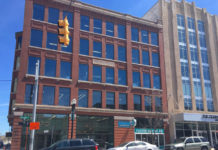 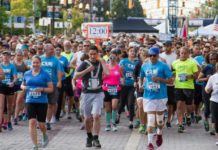 HAP Crim Race is the tip of the iceberg for the...